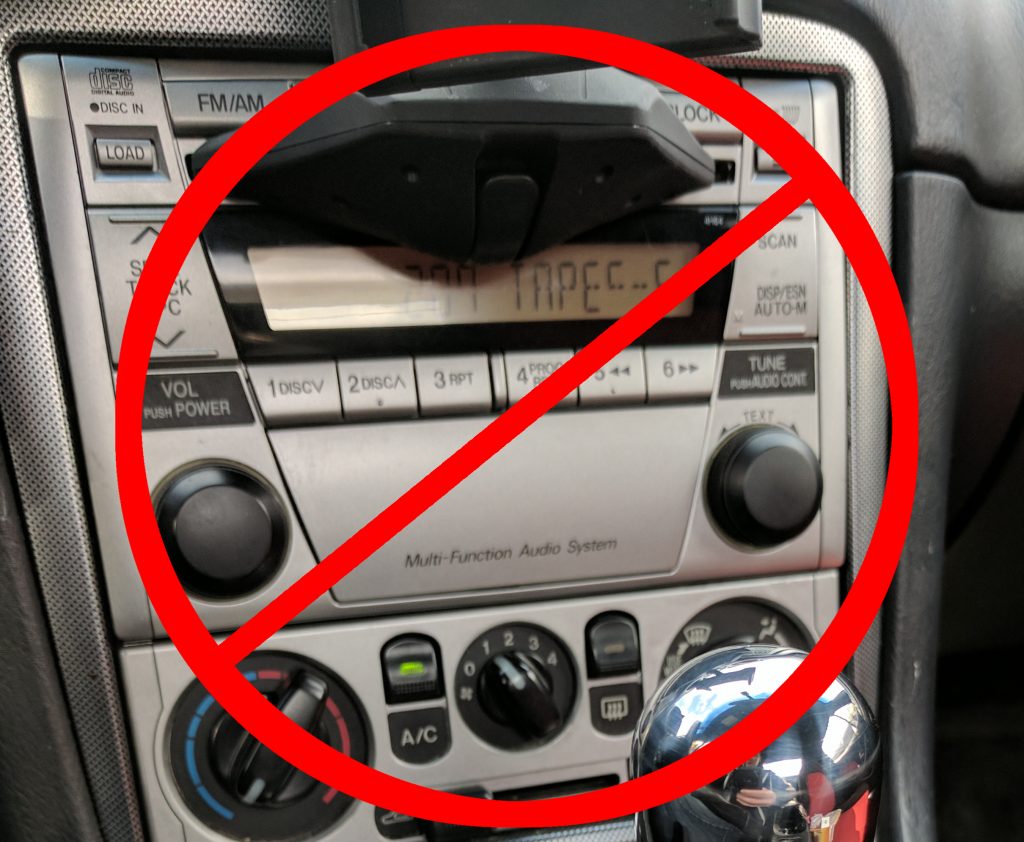 If you’re reading this, there’s a good chance you have an NB Miata with the dreaded Bose stereo system.  Apparently these were fine when the cars were new, but the aging system in my car was really sounding awful.  I gave the stock unit a genuine shot by getting an AuxMod. It was actually pretty great finally being able to listen to audio from my phone, but the speakers were clearly on their way out.

I had read a lot of posts about how to perform what is known as a Bosectomy, and many described removing the Bose system entirely, wires and all.  This was something I was not excited about as it looked quite labor intensive.  Part of the issue is that the Bose system requires speakers with much different resistance than normal components, so just replacing speakers was not an option, nor was just replacing the head unit.  To make this work, you need to bypass the amp so that the head unit is driving your door speakers directly.

After looking at a wiring diagram I realized that it should be possible to use the harness on the Bose amp to create a bypass connector which would accomplish what I wanted.  Later on I found this forum post which confirmed that, as well as provided a nice wiring diagram.  Instead of removing my stock amp, which I’ve read is a real pain, I went ahead and ordered one from eBay to sacrifice for its harness.  Once it arrived, I chopped it off and wired it up as needed.

At that point, the head unit install is pretty standard so I wont go into too much detail here.  Find a head unit you like, get an installation kit and wiring adapter and install like any other car.

Up next were the speakers,  this part was pretty simple, but again I didn’t want to hack up too much on my car, so I found some small adapters which connected to the cars speaker output, and provided a normal connector which will fit most aftermarket speakers.

And at that point I was done! Since I purchased a second amp to sacrifice, I was able to do this without any irreversible damage to my car.  If for some reason I wanted to go back to the stock head unit, I can easily do so (not that I ever would).

How it sounds will be up to which components you buy, but the modest setup I bought sounds much better than the Bose ever did, and I can finally connect via Bluetooth.

Here’s the parts I ordered for reference: